Back from a long weekend in Boulder and listening to the song “Fly Away” by John Denver (solo) for the first time and boy it resonates. I am also wondering if this is why my two recurring dreams that I have had since I was a child end with me running in a grassy area, literally taking off with my arms outstretched (think airplane) and flying above all the trees and looking down at the beauty of nature. Ahhh how I miss nature.  I hiked up Mount Sanitas this weekend during the only few hours of sunshine Boulder had this weekend and it was amazing!

It’s come to me on many occasions recently that firsts are (generally) the best. Your first real kiss. Ever. For me, it happened while at tennis/golf camp in NH (now you get a sense of my upbringing and I picked it) – age 12. I was there to kick the shit out of some tennis balls. Peter was 13 – he was there for tennis too.  Both of us were from outside of Philadelphia. Competing schools. Odd how that happened in retrospect. And Steve was my first real crush. He was also 13. Yes I know I just said I kissed Peter but you will understand when you read the next paragraph.  Steve happened to live in Rhode Island and my mom happened to have just started dating someone who I liked a whole lot better after I learned he had a summer house in, coincidentally, Rhode Island.  And my 12 year old self decided that Steve was the cutest, most incredible guy ever and was going to be the first person I ever slept with. And he was. Again read on for the age. Don’t get crazy. And anyone who knows me knows that I only use the first letter of people’s names in this blog but yes those are their real names.

Anyway, yes back to firsts.  Your first whiff of your lover’s scent. A first kiss with someone you really care about.  A first kiss with someone you know you are never going to ever really care about.  Or my first kiss with the one I loved long before we ever, ever kissed.  Your first love.  Your first concert. Mine was The Police Synchronicity Tour. Dating myself maybe but I was 12. Do the math. Whatever. Really intense first eye contact with someone you don’t know. The first time you drove. Nantucket for me – stick shift on dirt roads at the age of 9.  The first time you had sex.  I was 17, almost 18 (yes Steve).  Late bloomer among my friends. Still am apparently. Only in the traditional ways. The first, and in my case, only, time I got (or will have) cancer.  Since it was caught by accident and was early, it actually was a good first.

First dates. LOTS of first dates.  Again.  Only two second dates. Where the hell is my last first date!!!  A first hug that lasted an hour. Who knew that could even happen?! But it did somewhat recently.  And it was truly incredible.   And easy. But, as I have said, perception is a fascinating thing.  Maybe I just needed a really great hug that day and that’s all it was after our first great, sunny day in New York.  Maybe not. Who knows and I probably will never find out.  Father and son simultaneous pick up attempt this past weekend at the St. Julien. The son was a very recent college graduate – it was CU graduation weekend which is why I was there – Eric Stough was the keynote speaker.  I was the ball in their testosterone tennis match.  Kid thought I was 24, then 26 max (nice but a little ridiculous) and I don’t think the father cared about my age but I was a good bit younger than he.

My first time in a legal, recreational pot dispensary in Colorado. Now that was really fascinating….take a number, hang out in the waiting room on the couch with regular looking people and even a family with a grandmother, mother with a Channel bag and preppy flats and her maybe 20 year old daughter all shopping together and making it a family affair.  Well it actually was the day before Mother’s Day. Maybe they were buying gifts.  When my number was called, my friend Steff and I walked into the back room which was essentially a store with a few stations.  Very knowledgeable staff and the selection was quite diverse – bud of course and every product type had a variety of strengths. Now even though I have smoked my fair share and ate some candy to get though chemo, I am not well versed in THC milligrams. There were different strength pills. Different strength candy bars in Oreo cookie and a variety of other flavors. Hard candy came in 10, 25 and 50mg. Drops in five flavors – watermelon, plain, spearmint, vanilla and cinnamon – I was paying attention.  It was quite an operation.   Now I understand Rocky Mountain High even better. 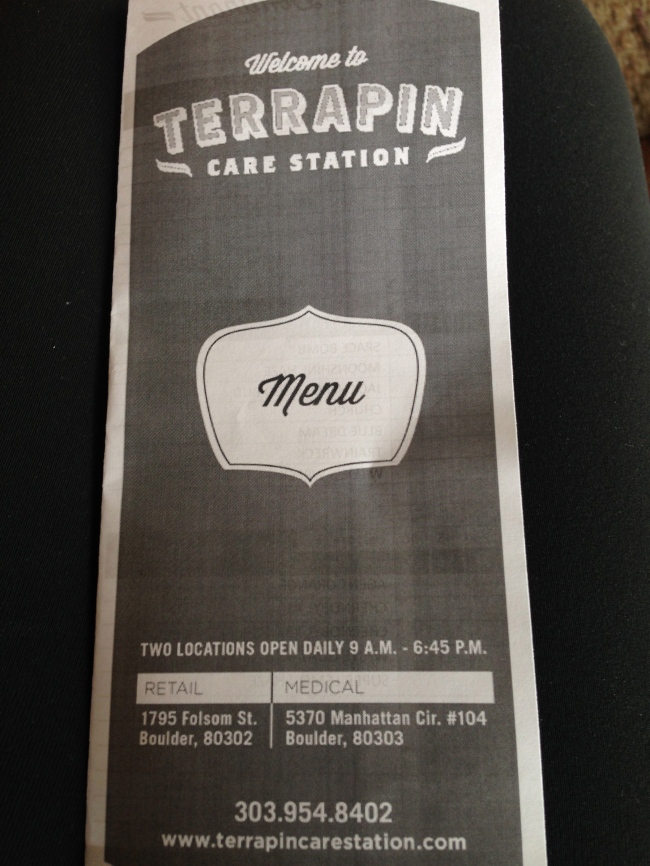 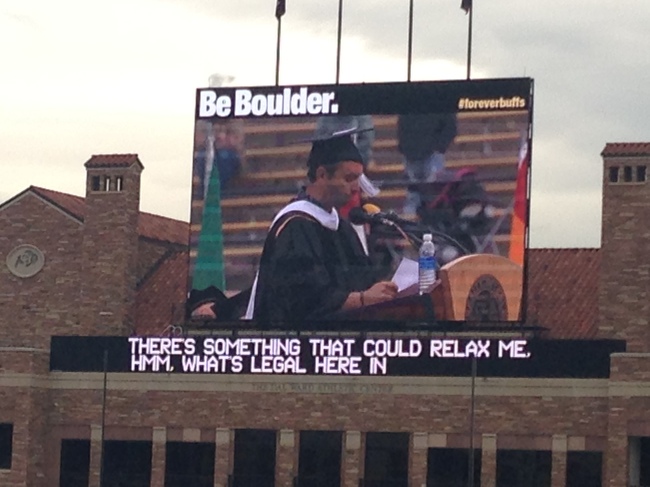 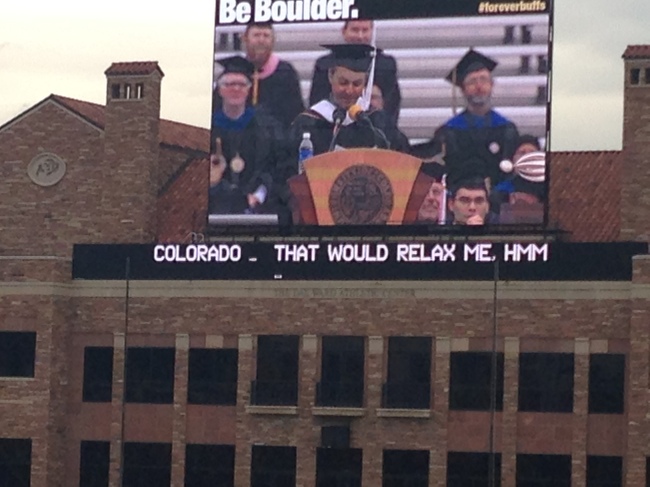 Back in the loneliest city in the world.  First night sitting on a chaise on my terrace drinking port I brought back from Lisbon under an almost full moon in the warm weather though which is so great.  Boulder was beautiful but snow and hail in May is fucking absurd.  But NYC doesn’t feel right either. For more than a night or two.

Here amongst the cement.

Want to see the ocean.

Put my feet in the sand.

And climb up a canyon.

If I move he will come.

Life is so short.

I need to make it happen.

My work motto – There is never no…there is only how. And that’s NOW.

LIVE, LAUGH, LOVE as it says below……OFTEN! Well, I’ve got two outa three. I am on my way!