My best friend died about seven weeks ago and I lost a bit of my heart and soul. He had four legs, an incredibly cute wiggle and gave me a reason to get out of bed every day. I would not have survived cancer without Hugo and frankly its hard to survive without him. I never understood the love that an animal could bring to one’s life until I met this dog. He was special in every way. That is not to say he was easy. He was not. He was stubborn and needy to the core. I had 50 stitches in my face as a result of an encounter 6 months into his life but thankfully I had a great friend who knew an even greater plastic surgeon. But he was so amazing and incredibly smart and taught me more about patience and unconditional love than anyone or thing ever has. And that went both ways. And I will forever be grateful. I am still trying to wrap my head around the fact that I will never wrap my arms around that cute body or scratch his tush again. His nickname was The Fat Man. And I know I will always miss him. I cry every day but I hope one day that does stop.

I haven’t written in quite a while. Partly because shortly after I created weirdshitvelcro the weird shit in my life that stuck to me incrementally increased and partly because recently I haven’t felt inspired. Or moved by very much. That’s not to say that I haven’t had a ton of interesting experiences, toe dipping back into careers of past with characters galore, crazy dates that should inspire stories but the story is often the same and thus becomes mundane.

New York has become, well, stale to me. I have decided to move on. My life here has ended and I need to leave before I end my life. I came, I saw, I did and I had success. Now, I feel as if the city has chewed me up and spat me out like a stale piece of fish. It’s all happened and it’s been great and fun and hard and easy and cold and hard and wrong and right and rigid and tough and silly and exuberant and excruciating and now I am done.

It’s a year later than I thought I would leave but sometimes things don’t happen when you think they will.

So the story continues…..and until I get inspired think GOOD SHIT VELCRO…and yes I bought the domain name a bit ago as I think this is what I need in life. Not weird but good as does everyone I know. Photos of the fat man….I miss you Hugo. Xoxo 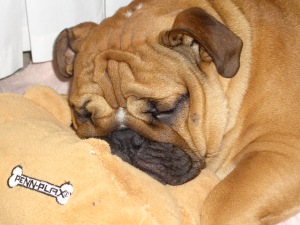