I am in Philadelphia for Easter and, as usual, I made some new “friends” while walking my dog, Hugo, who happens to have a celebrity like presence. People cross the street to take his picture and pet him. He is generally a chick magnet so if I were gay I would be totally hooked up.  I am not, however, but as you may have surmised the dating thing clearly isn’t going all that well other than the ongoing entertainment value.

On my journey to the health food store, my new favorite place in Philly, I was invited to have a drink on the corner of 4th and South by some people that, Hugo, the dog “picked up”. Because we live in NYC which is a very dog-friendly city, Hugo thinks that tables and chairs outside are an opportunity to sit, hang out, meet new friends, hopefully receive some table snacks and people watch. Thus, we shuffled over to a table and made some new friends. They semi-coerced me into having a margarita with them and I say this kindly as I am an easy sell generally but especially since I had a wine filled lunch earlier with some other new girl friends I met in Jamaica about six weeks ago so I was sufficiently socially lubricated for the encounter with these nice folks who were in from Lancaster, PA.

We bonded because I mentioned to Tad, as we watched the tremendous amount of facial-hair-clad semi-theatrical men and women that surrounded us, that I am starting to like dogs more than people. We shared our mutual road rage encounters from the day before and he agreed.  I had just arrived in Philadelphia and was in a bit of a rush but a woman actually yelled at me that I was a whore for trying to pass her husband as he blocked two lanes. I screamed back “that’s dirty whore to you bitch.” As I drove away I actually found myself laughing. What a weird encounter and what is happening to me I thought? I can’t help but keep going back to the “too much time in NYC” bit. It does make one a bit hard…on the outside anyway.

As I sat at the restaurant and sipped my margarita, the people watching was borderline absurd but highly entertaining. When I left the table and continued to walk around I saw more facial hair than I had even seen at a Phish show or Jazz Fest in NOLA so I started to ask what was going on with all the weird beards. It turned out that there was a Beard and Mustache Club competition being held tonight – Yup there is such a thing. Who knew! So I took a few pictures….
http://www.phillybeardclub.com/east-coast-championship-2013.htm 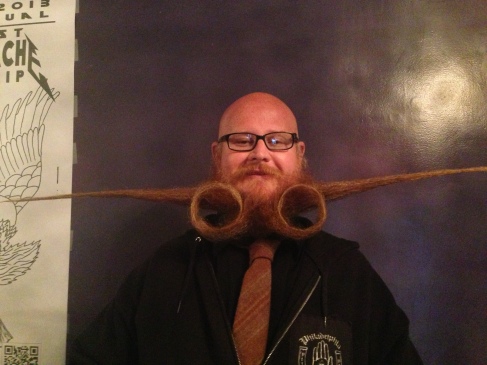 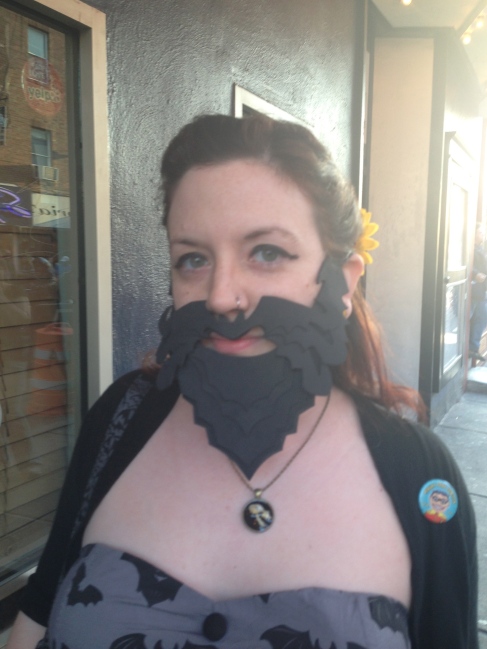