Sometimes all you need is a little reminder of home to make everything better. That can come in many shapes, sizes and forms but tonight the package was a cool new transplanted friend of a friend with whom I had a “chick date”. Don’t get crazy, just because I am in SF doesn’t mean I have switched teams, even though I often wish there was a third option, but it was great to actually eat, drink and talk openly and freely with Lena Dunham’s body double. My San Francisco Ambassador.  Someone who “got” the New York/East coast me. Her mannerisms, demeanor, hair, speech pattern, voice quality and even outfit screamed Hannah in almost every way.  She is three steps removed from the real deal and so am I if I thought about it but she got it.  She was cool and could actually converse in an intelligent bantering manner with someone, who too, is also upfront in terms of what they often think. Neither one of us over-thought the conversation and it was great to just cut to the chase.  How novel. This week.

And it was so awesome to go explore the houseboat scene of Sausalito with her…sometimes pictures speak a million words or all the words you can’t think of at that moment….or even now. 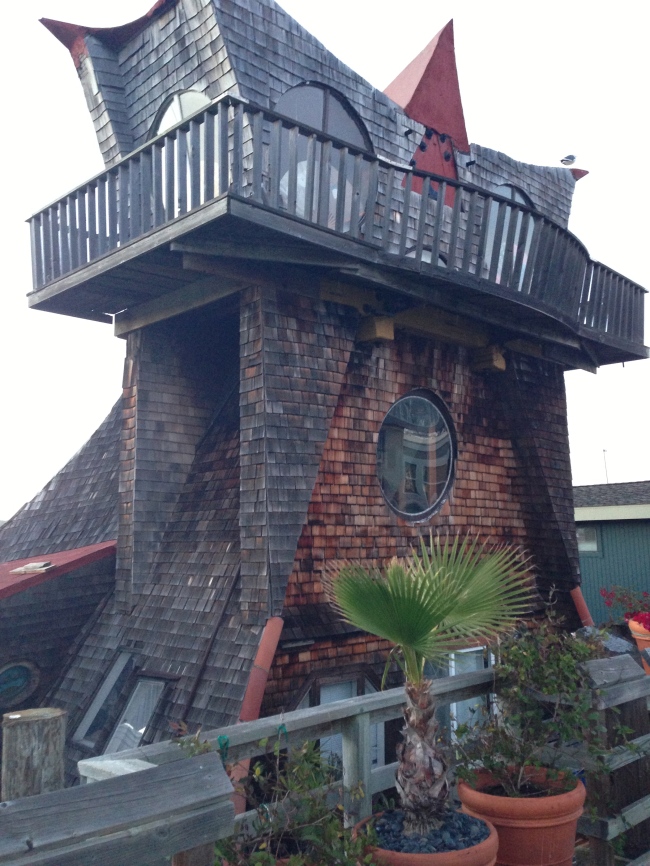 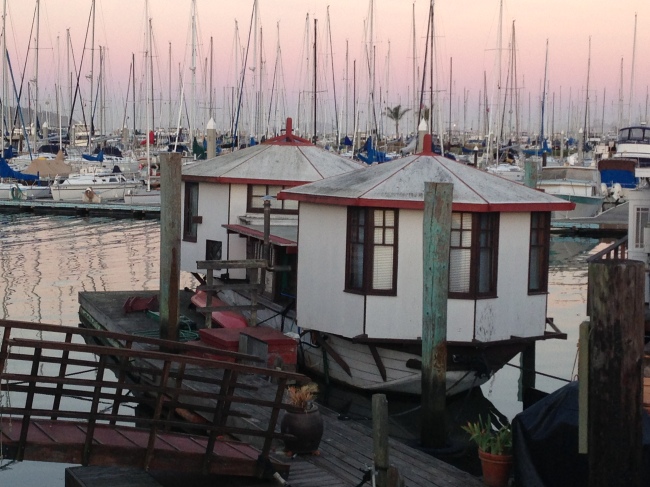 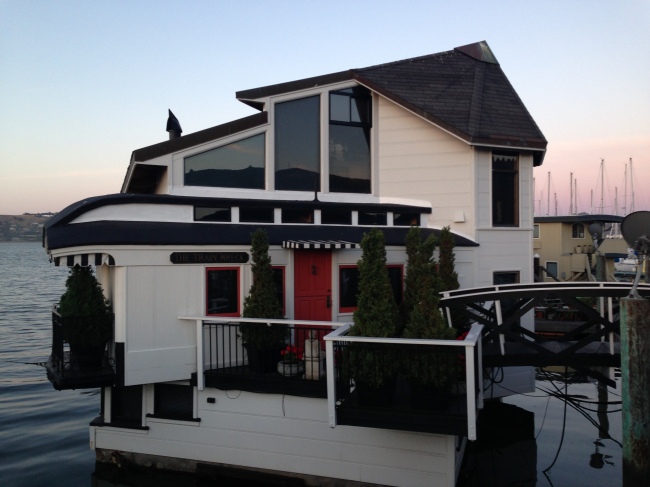 This is named “The Train Wreck”….

I am not even sure what I think of this car and plate….ok the car is awesome! 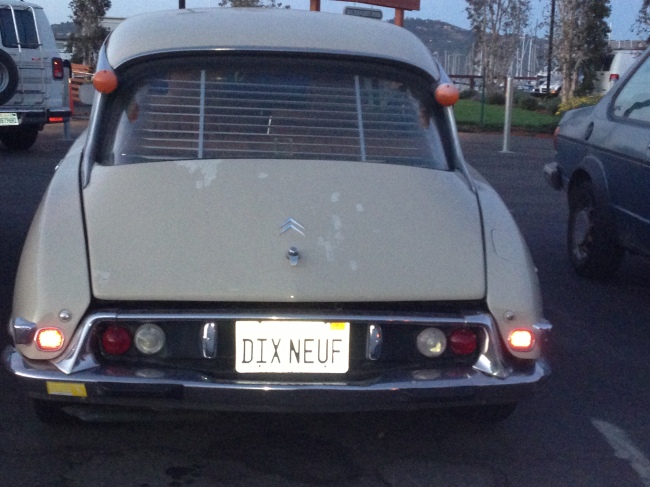 At the end of my night I met a lovely woman who has started a foundation named Tangible Hope. I couldn’t have said it any better myself. That was exactly what I needed.  I am going to spend the next week being open minded and maybe this isn’t “my permanent place” and maybe it’s the wrong coast but I am going to certainly check it out and enjoy it while I can.  It is so goddamn beautiful I must say….this evening I hiked the hills, saw the beautiful trees, flowers and views and decided I must explore. Even if I am one of the non-geriatrics that lives here at the moment.  I think I just need to import some East coasters….I do remember this feeling at the end of my tenure in LA. The phrase “bi-coastal” is really starting to make sense.